“Every day we should hear at least one little song, read one good poem, see one exquisite picture, and, if possible, speak a few sensible words.” ~ Johann Wolfgang von Goethe 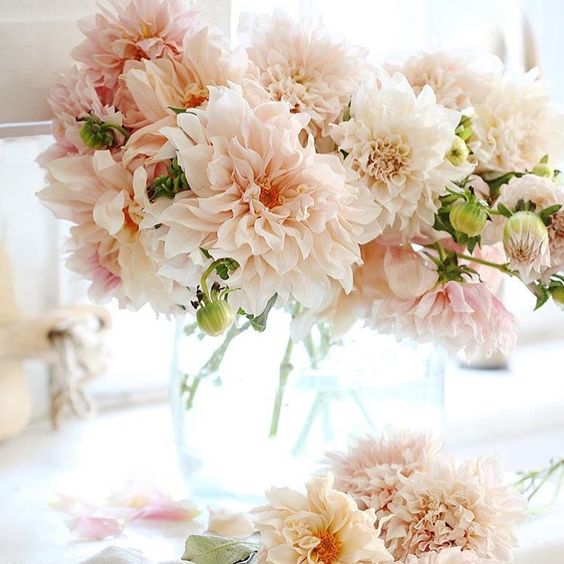 Good Sunday morning, my friends.  It is always so good to see you and I do hope you will enjoy your visit this morning.

We have seen some heartbreaking times these past few weeks, haven’t we?  From Hurrican Dorian, which brought such horrific devastation to the Bahamas, as well as significant flooding and damage all along the east coast.  Then there were the mass shootings in Texas and Ohio and the awful boat fire in California.  All, so very sad.  But as this blog is about beauty, goodness, and inspiration, I felt the opening quote by Johann Wolfgang von Goethe, (1749~1832) might serve as a nice way to begin our day. The Seine at Giverny, by Claude Monet 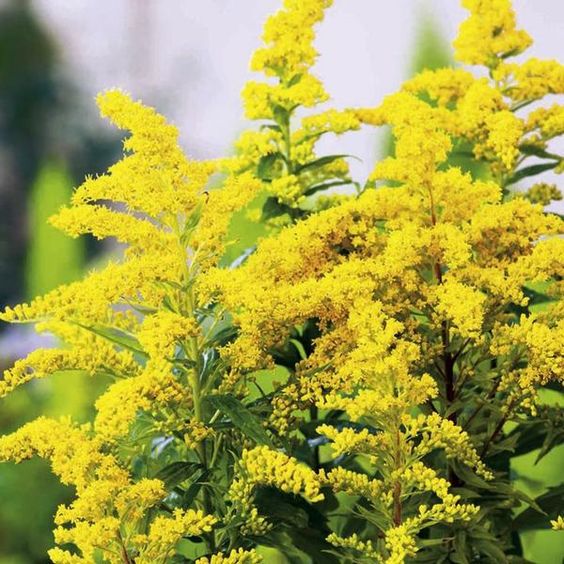 “In The Days Of The Golden-Rod” ~ Lucy Maud Montgomery

“Across the meadow in brooding shadow
I walk to drink of the autumn’s wine­
The charm of story, the artist’s glory,
To-day on these silvering hills is mine;
On height, in hollow, where’er I follow,
By mellow hillside and searing sod,
Its plumes uplifting, in light winds drifting,
I see the glimmer of golden-rod.

In this latest comer the vanished summer
Has left its sunshine the world to cheer,
And bids us remember in late September
What beauty mates with the passing year.
The days that are fleetest are still the sweetest,
And life is near to the heart of God,
And the peace of heaven to earth is given
In this wonderful time of the golden-rod.” 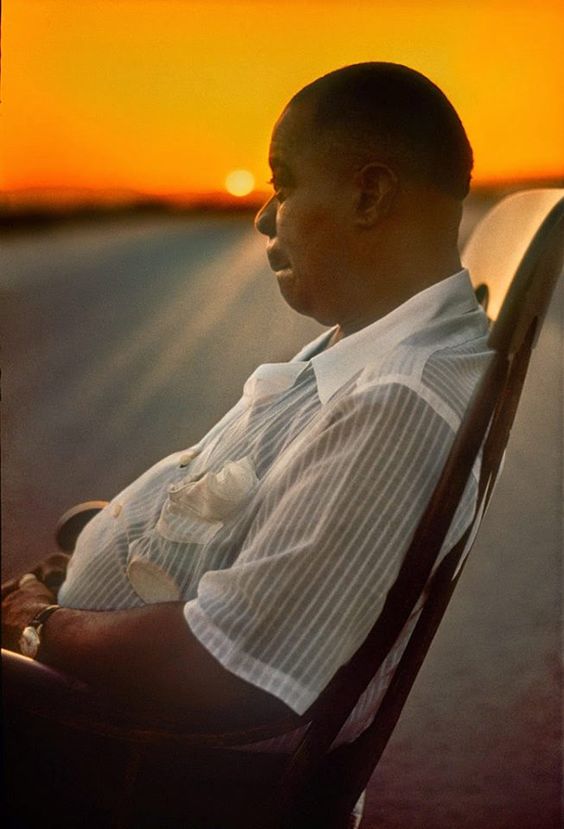 And now I will attempt to “say a few sensible words.”

As you will note, I did not post an image in sequence with the words of Goethe.  This was done intentionally, as I wanted to leave you with something beautiful to carry in your heart.  The music and lyrics of “What A Wonderful World.”  Because, in spite of all the many terrible tragedies, I still believe it is a “Wonderful World,” and I pray you do, too.

Wishing you and yours a beautiful day and week ahead.

Until we meet again, may the angels walk with you and watch over you. 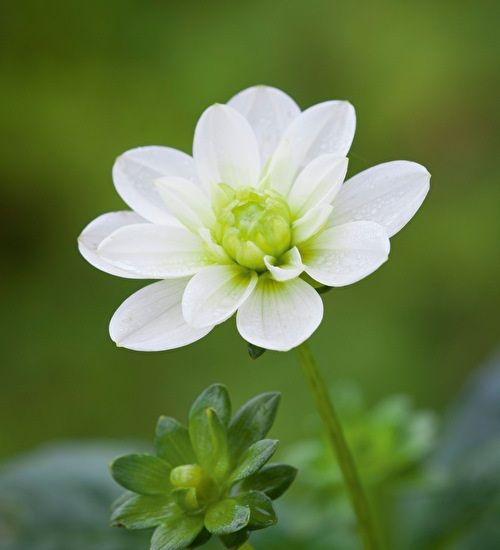 Thinking off all those who perished and those whose lives are forever changed due to recent tragedies.

Notes:  “What a Wonderful World” (1970 Spoken Introduction Version) along with Oliver Nelson’s Orchestra is a song written by Bob Thiele (as George Douglas) and George David Weiss. It was first recorded by Louis Armstrong and released as a single in 1967. Thiele and Weiss were both prominent in the music world (Thiele as a producer and Weiss as a composer/performer). Armstrong’s recording was inducted in the Grammy Hall of Fame in 1999. Intended as an antidote for the increasingly racially and politically charged climate of everyday life in the United States, the song also has a hopeful, optimistic tone with regard to the future, with reference to babies being born into the world and having much to look forward to. The song was initially offered to Tony Bennett, who turned it down. Thereafter, it was offered to Louis Armstrong. Louis Armstrong, nicknamed Satchmo or Pops, was an American jazz trumpeter and singer from New Orleans, Louisiana.  (This information and the song is via YouTube.)
Images:  via Pinterest
16 Comments
Inline Feedbacks
View all comments

Hi,dear Sandra! Amazing post as ever! I love the stunning music and the adorable poem!Those flowers made me smile too.I hope you have a blessed Sunday! Hugs!

Dear Maristella, thank you so much. Wishing you a lovely day.❤

“This was done intentionally, as I wanted to leave you with something beautiful to carry in your heart.” And that’s what this post does for us as does every post you share here. And yes, in spite of the heartbreaking devastation all around us, so much in life is still beautiful and filled with hope for better days, a better world, ahead.

Wishing you a beautiful week ahead, Sandra.
Brenda xox

PS Taking away that image of dahlias in my mind. Beautiful.

Ah, dear Brenda – you say the sweetest things. They mean more than you can imagine. Wishing you a beautiful day and week ahead, my friend. ❤

Blessings on this Sunday dear Sandra…I do love the opening quote. I must say every day is filled with music in our home, maybe not poetry every day, but I think music is poetry with a melody. I have always Louis Armstrong’s version of “What A Wonderful world” the best. Thank you for beautiful images and thoughts this morning, it has been a heart-breaking week.

Dear Pam, I can just imagine the lovely tunes that must float through your home. Music is definitely poetry and some of the best. Wishing you and yours a beautiful day and week ahead.❤

What a great challenge! Thank you for sharing the gorgeous dahlia picture, poem, and music.
“What a wonderful world” brought back sweet memories of dancing to that song with my son at his wedding.
Thanks, Sandra for sharing beauty each week.

Good morning, Bonnie. So good to see you. I am happy the post brought back sweet memories for you. Thank you for your kind comments. Have a lovely day.❤

Good morning, dear friend, and thank you for the beauty you have shared this morning. I needed to be reminded of this. We always need to count our blessings, and keep in mind that we are never alone. I hope you have a blessed Sunday and a wonderful week ahead, sweet friend!!!

Dear Shannon, thank you for your kind words this morning. I think the events in our world wears on all of us and we have to hold on to the good and beauty which abounds. And sweet friends, like you, certainly help as well. Have a lovely day and week ahead. ❤

Penny at Enjoying The Simple Things

Such a lovely post. Louis Armstrong has always been a favorite of mine. Have a great week ahead.

Author
Sandra
Reply to  Penny at Enjoying The Simple Things

Thanks, Penny. Great week to you also.

What a wonderful way to begin a new week after such a stressful one of events that unfolded. That’s a wonderful image of Louis Armstrong. We included that song on a tribute CD my sisters and I compiled of our mother (she loved his music, we loved the message sung).

Thanks, Rita. I love his music also and especially this song. The last school I was in, before going to the central office, we played this song for the teachers every year on their first day back after summer break. It was a reminder to them that they helped build a “Wonderful World.”

I agree. It IS a wonderful world — it’s just having a few challenges right now. Just like people — “He’s a wonderful kid, but he’s just having growing pains.” It has been a tough year for a lot of us and still a couple of months to go. But what I hold onto is the beauty of it all — the beauty you share, the beauty all around me. Thank you so much for that.

Dear Jeanie, thank you. And, we must hold on to the beauty. You are correct it is in so many people and in every corner of our world. Wishing you a lovely week. Your beautiful Michigan will be seeing autumn soon.